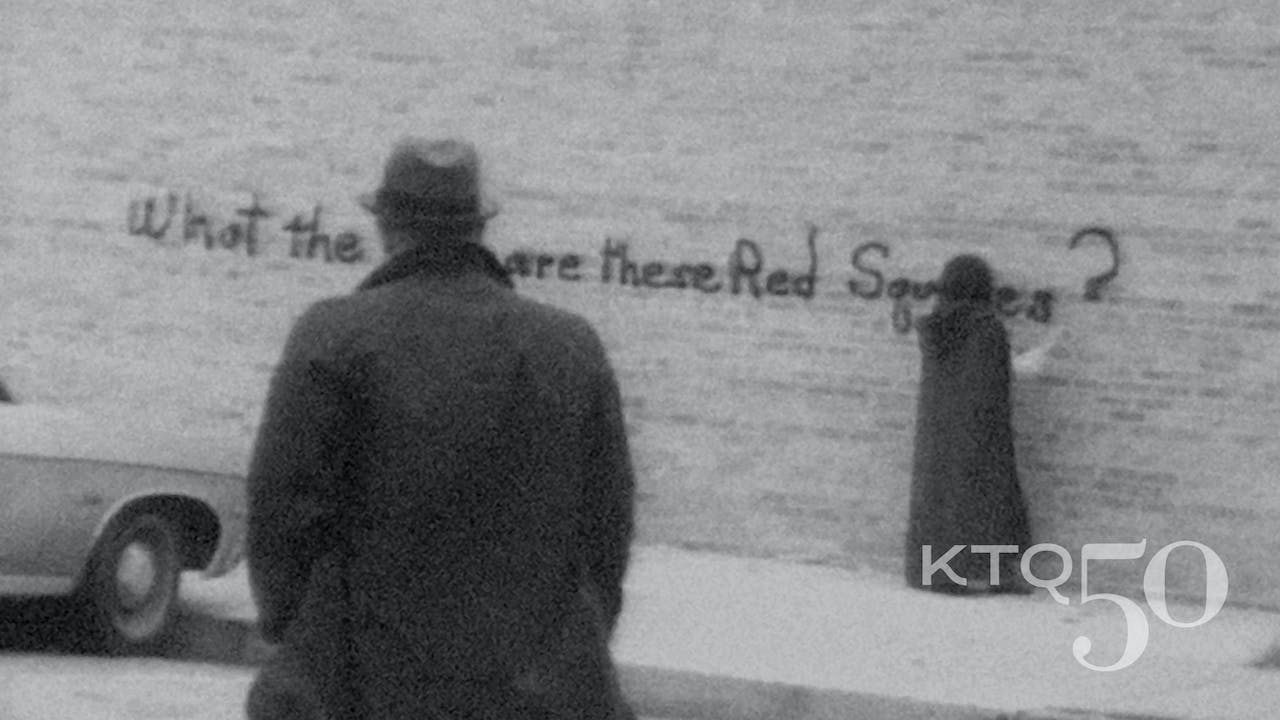 What the Fuck are these Red Squares? + Anonymous Artists of America

Striking students meet at a "Revolutionary Seminar" at the Art Institute of Chicago in response to the invasion of Cambodia and the killing of protesting students at Kent and Jackson State Universities. They explore their role as artists in a capitalist society and issue questions like: What are the implications of the artist's elitist position in America? Is it possible not to be co-opted, as "radical" as one's art may be? What are the connections between money and art in America? Between the "New York Scene" and the rest of the country?

Also included in this package is Anonymous Artists of America (1970) - a near continuous single-take record of a 9 minute jam at the University of Chicago quad shot by Gordon Quinn circa 1969. The story of the AAA the band itself is fantastic. Their endeavor to be a band was jump-started by several gifts: the first was a full set of instruments financed by one of the artists, Lars Kampman, which was followed by Owsley Stanley’s gift of 100,000 micrograms of (then legal) LSD. They were also given the second music synthesizer in the US by Don Buchla, its inventor, which took a year to build out at the highly influential Tape Music Center in San Francisco. The AAA frequently opened for the Grateful Dead and headlined at Ken Kesey’s notorious Acid Test Graduation. Their performances went on for hours and involved costumes and a topless bassist, handmade instruments and spontaneous improvisations that mixed with strobe lights and film projections, turning the show into a multi-sensory immersive experience. Look out for Kartemquin co-founder Jerry Temaner in the crowd, along with a wandering star child…