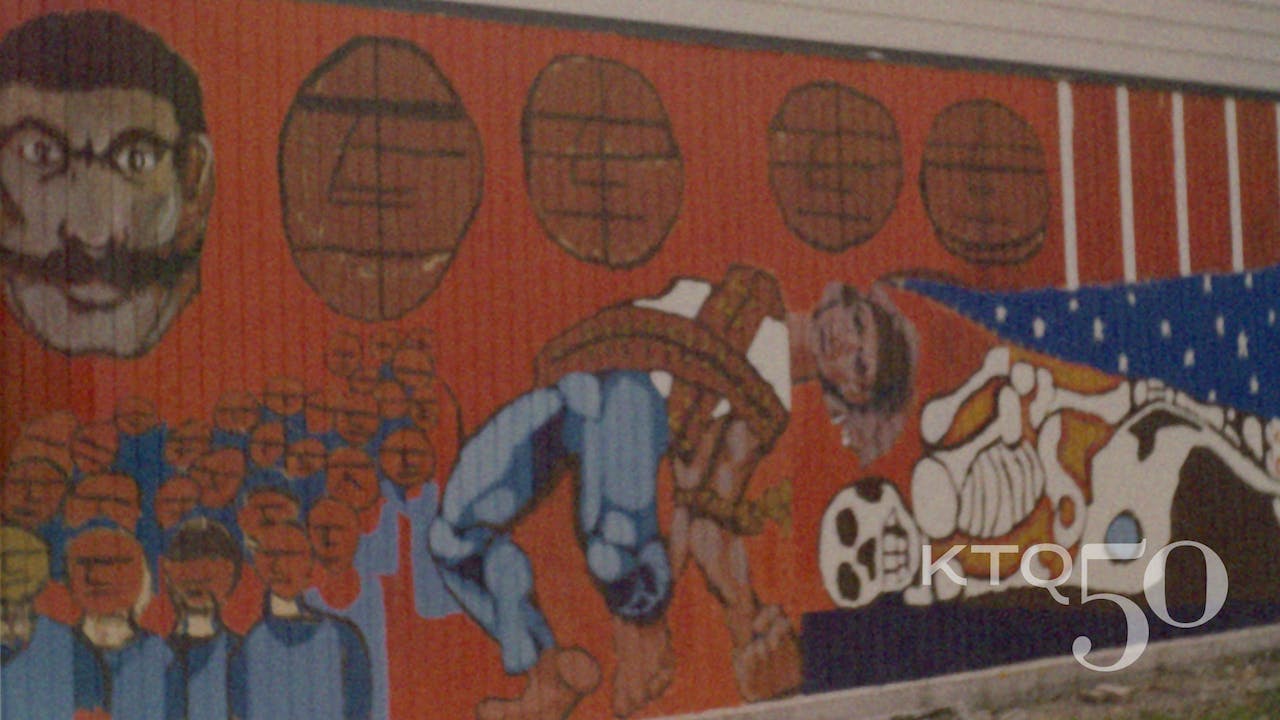 Not just a colorful record of the making of a mural in Chicago's Pilsen community led by Ray Patlán, this film traces the mural movement of the mid-1970's back to murals in Mexico. Different people view the mural and reflect on its meaning for themselves as Latinos.