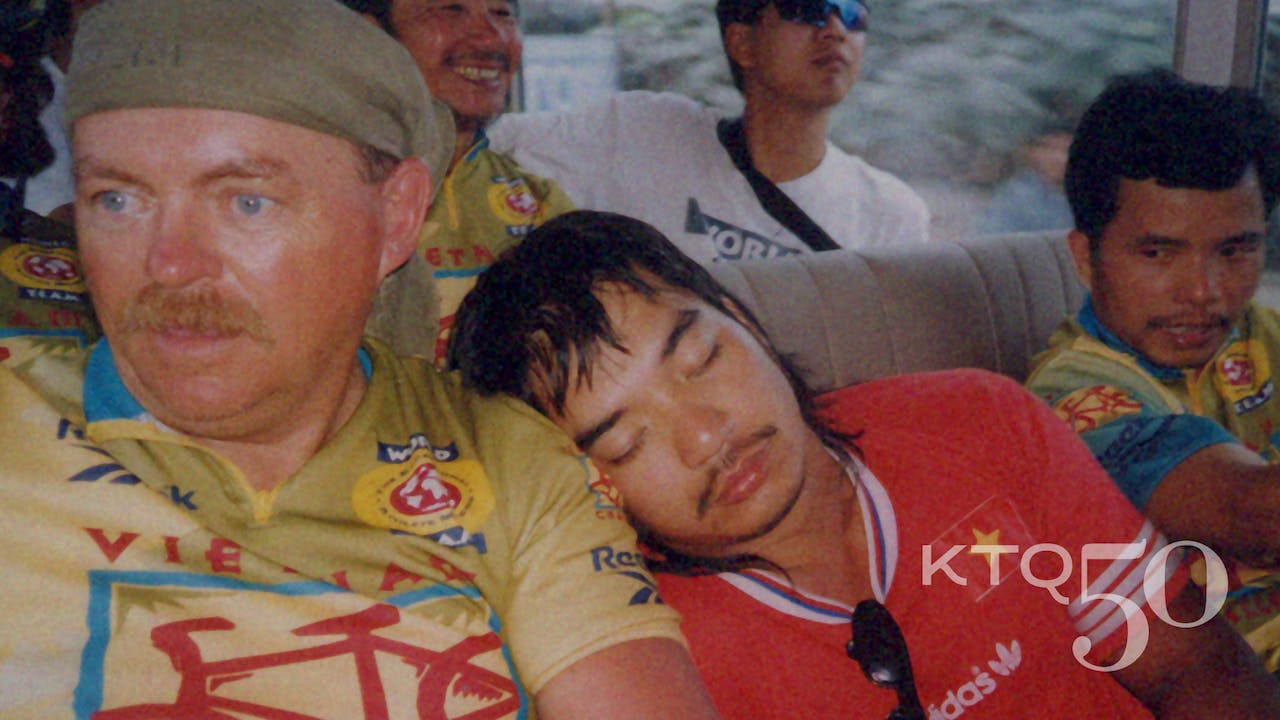 The last American officials were airlifted out of Vietnam from the embassy roof in Saigon in 1975. Most have never returned. In 1998, World T.E.A.M. (The Exceptional Athlete Matters) Sports organized a 16-day, 1100 mile bicycle expedition through once war-torn Northern and Southern Vietnam. A non-profit organization that focuses on events for the disabled, World T.E.A.M. Sports drew an array of veterans from the U.S. and Vietnam, as well as celebrity riders like Greg LeMond and Senator John Kerry. Those without use of their legs used special hand-powered bikes, while blind riders pedaled from the back of tandem bikes. What is immediately apparent on the veterans' arrival in Vietnam is that their biggest handicaps are the ghosts of their pasts. Past enemies ride as one team in peace across a landscape they once killed to stay alive on. Much more than a race, the ride is an exorcism; the real finish line is the painful emotional confrontation each must make alone along the way.