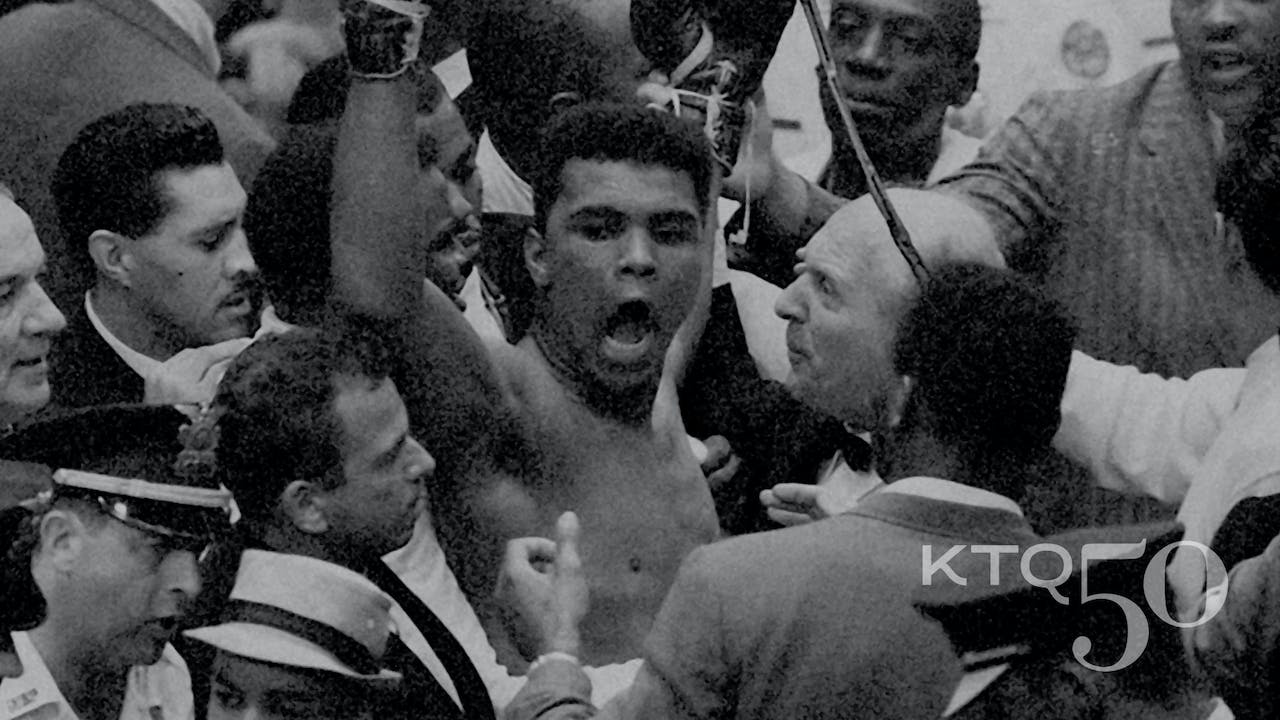 The Trials of Muhammad Ali

The Trials of Muhammad Ali is a Kartemquin documentary exploring Ali’s lifelong journey of spiritual transformation. From his Louisville roots, through his years in exile, to receiving the Presidential Medal of Freedom, Trials traces Ali’s path from poet to pariah to global ambassador for peace. At each stage, the challenges Ali faces go far beyond the boxing ring and ultimately encompass issues of power, race, faith and identity that confront us all.

The Trials of Muhammad Ali is not a boxing film and has no highlight reel. Instead, it focuses on Ali’s toughest bouts: his decision to join a controversial religious group, his battle to overturn a five-year prison sentence for refusing US military service, and his struggle with Parkinson’s. While other Ali films focus on his heroic exploits in the ring, they tragically under-examine some of the most noteworthy, provocative and resonant aspects of Ali’s life, such as his relationship with the Louisville Sponsoring Group, the Nation of Islam, and his Muslim faith. In Trials, most of the interviewees have never been featured in any Ali film before, yet are central to his life story and the global impact he has made.

Prior to becoming the most recognizable face on earth, Cassius Clay became Muhammad Ali and found himself in the crosshairs of conflicts concerning race, religion, and wartime dissent. In 1964, when the 22-year-old, Olympic gold medalist wins his first heavyweight championship, he shouts, “I shook up the world!” But his earthshaking has only begun. Soon he announces he is a Muslim, a member of the Nation of Islam, and takes a new name: Muhammad Ali. After Ali is drafted to fight in the Vietnam War, he makes his defining expression of resistance: “No, I will not go 10,000 miles to continue the domination of white slave masters over the darker people of the earth.”

In 1967, after the US government denies Ali’s conscientious objector claim, he refuses military induction. The government convicts Ali of draft evasion, sentences him to five years in prison, and revokes his passport. Ali is banned from boxing and stripped of his title. He begins life in exile within the U.S., vilified in many corners at home, while becoming an international symbol of opposition to unjust war. As Ali files legal appeals round after round, all the way to the Supreme Court, he supports his family via a nationwide speaking tour, amidst a country divided over the war abroad and racism at home. Rare and riveting archival footage of Ali’s fiery speeches on college campuses and fierce exchanges during TV appearances, show him fearlessly speaking his mind as he fights for freedom.

The Trials of Muhammad Ali delves deeply into a time when an emerging sports superhero chooses faith and conscience over fame and fortune. The fury he faced from an American public enraged by his opposition to the Vietnam War and unwilling to accept his conversion to Islam, has global implications for generations now coming of age amidst contemporary fissures involving freedom, faith and military conflict. Archival scenes highlight the life forces who support and oppose him, including his spiritual mentors, Malcolm X and Elijah Muhammad, and critics of his stance, such as Jackie Robinson and Joe Louis. Interviews shot exclusively for the film feature those who were there: his brother, Rahaman; his bride, Khalilah Camacho-Ali; New York Times writer, Robert Lipsyte; and Nation of Islam leader, Louis Farrakhan. What emerges is the hidden history of Muhammad Ali, an opportunity for audiences worldwide to discover how his journey - toward a full spiritual embrace of Islam and through his humanitarian work around the world - challenges us to overcome today’s fissures of race, faith and identity.

The film is directed by Bill Siegel (The Weather Underground), and executive produced by Justine Nagan and Gordon Quinn for Kartemquin Films, Kat White (KatLei Productions), and Leon Gast (When We Were Kings).