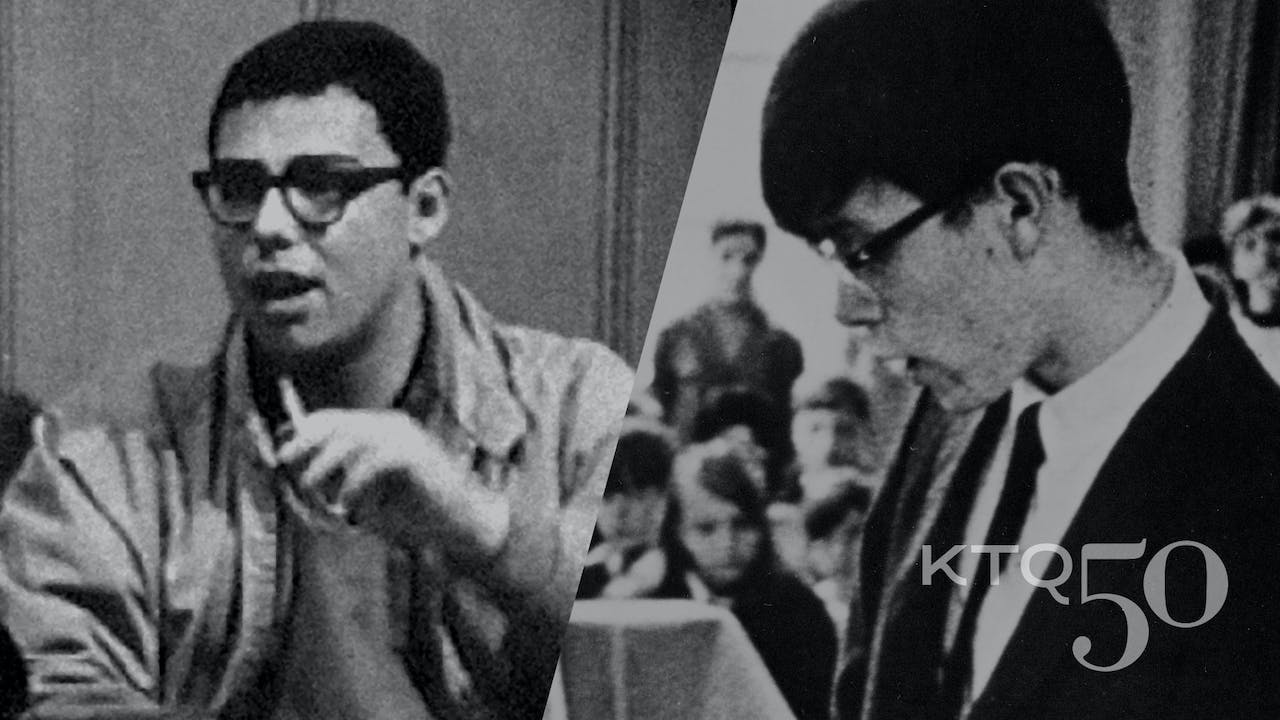 Parents and Thumbs Down

In Parents, a Chicago parish youth group discusses issues of parental authority, growing up, and the struggle to communicate with their parents.

In Thumbs Down, the youth group holds an anti-war Mass and the confrontation reveals the deepening crisis of communication between their generation and that of their parents, priests and neighbors.

Both released in 1968 as part of a series of films the nascent KTQ made for a Catholic Education Group, these two films were originally released on DVD in 2009 as the The Kartemquin Collection: Early Years, Vol 1.

Thumbs Down "offers a great deal of understanding about the nature of a neighborhood that is often talked about in the most oversimplified way. It is also about us – our city, our neighbors – and that is good in a time when most Hollywood movies seem to be about imaginary people in another world... Temaner and Quinn are filmmakers and “inquiring reporters” with great insight, and they have a lot to tell us about ourselves." - Roger Ebert, 1968.

"Vintage artifacts from the bygone heydey of gritty 16mm activist doc-making, when idealism was sky-high, when when film classes made movies out of on-campus crises, and when active protest was doubly worth doing if you were doing it on film."
- Michael Atkinson, Sight & Sound, 2011.

"Beautiful meditations on youth and what that truly means... may very well be two of the most important documentaries for the younger generations to re-visit, or be introduced to for the first time. Absolutely universal, these films haven’t lost a step aesthetically or intellectually."
- Joshua Brunsting, CriterionCast, 2013.