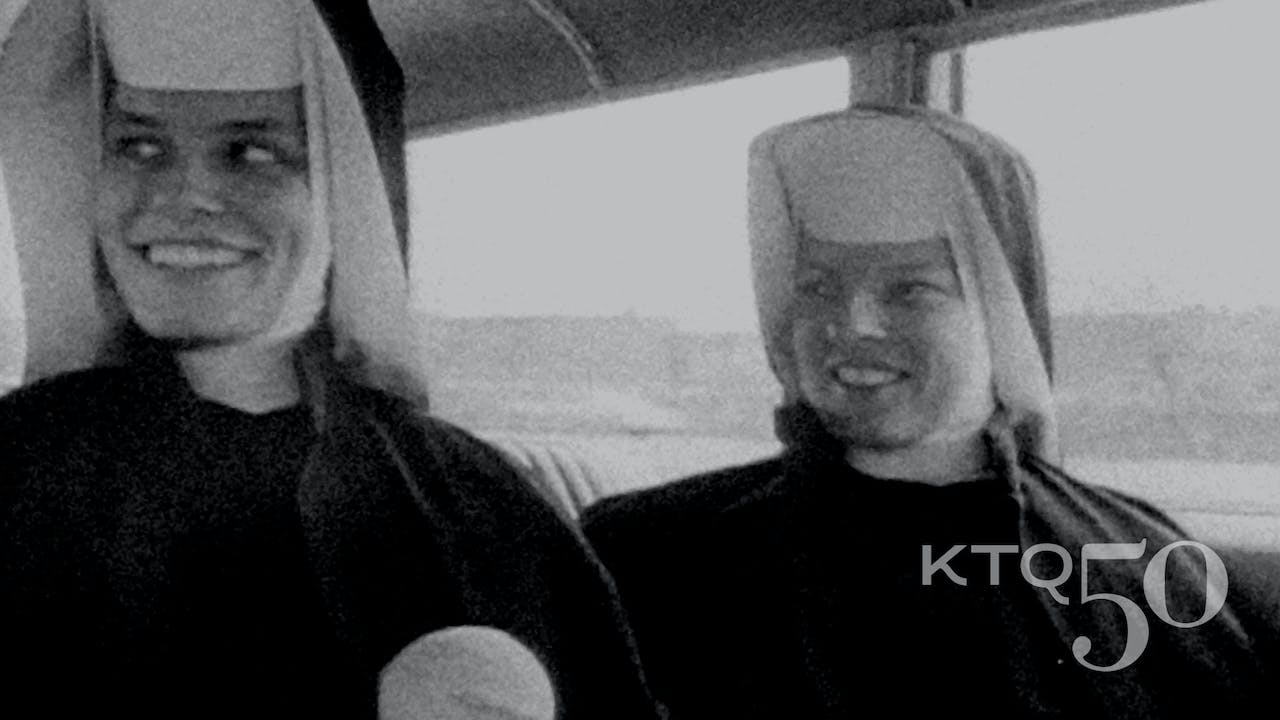 Two young nuns explore Chicago, from a supermarket to the Art Institute and in front of churches on Sunday, confronting people with the crucial question, “Are you happy?” The answers they get range in sincerity and depth. The humor and sadness of these honest encounters lift the film beyond its interview format to a serious and moving inquiry into the concerns of contemporary man, and also into the circumstances in which men will actually express their concerns.

Extras included in this package:
- Short Video: "Camera 1 Video." The story of Kartemquin's first camera including the history, technology and practice behind it. Used to film documentaries from our early years such as Home for Life, Inquiring Nuns, and Marco, the camera is unique due to its custom-modified crystal-sync sound set-up, created by Danny Auerbach in the early 1960's at a fraction of the cost of other similar models in existence.
- Gordon Quinn and Gerald Temaner's academic paper, "Cinematic Social Inquiry."
- Original DVD cover.
- Behind the scenes stills of the film's main participants.