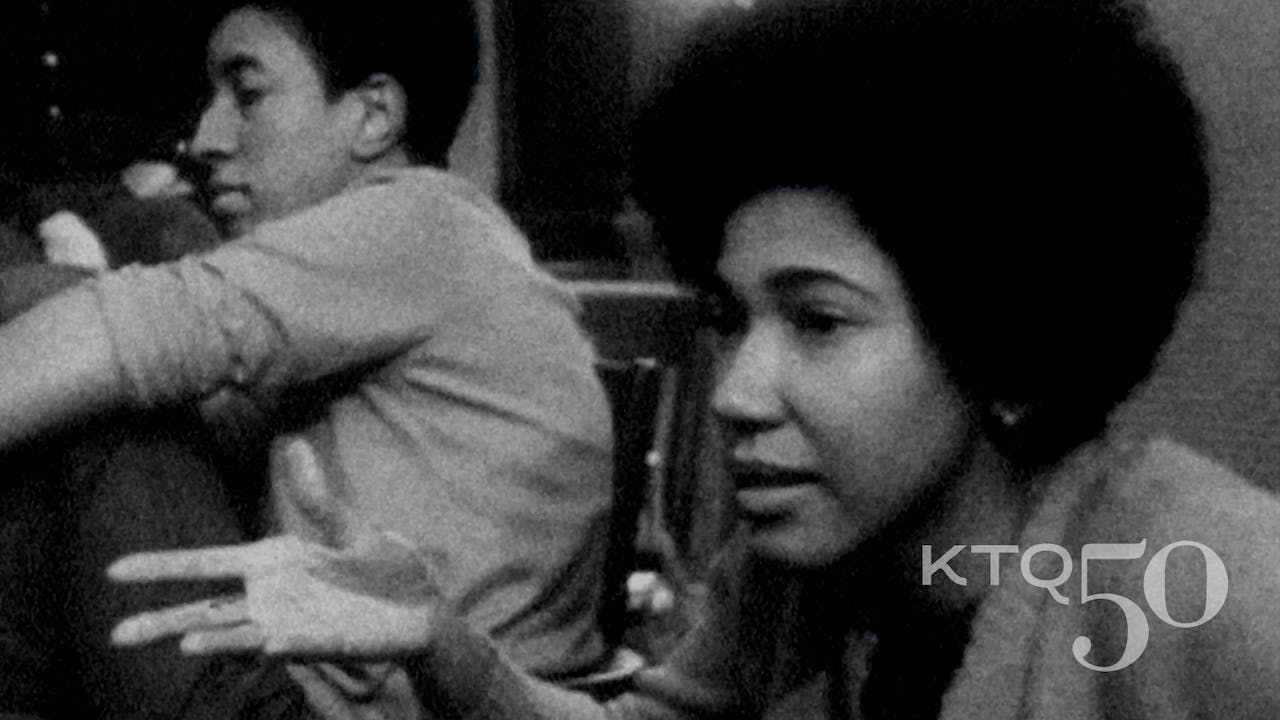 In 1969, striking students at the University of Chicago occupied an administration building for 16 days. The protest was sparked by the firing of a feminist sociology professor. The college expelled 42 of the students. A year later, two expelled young women were asked by their former classmates to talk about the experience as a class project. The women confront the students about their convictions and how far they are willing to go to defend their values.

"Hum 255" is the 16mm black-and-white record of a session fueled by wine and Oreos. Topics include the relevance of Black Panthers to whites and the irrelevance of an elite education.”
–Roger Ebert, Chicago Sun-Times

This early Kartemquin film was a return to the University of Chicago for filmmakers Gordon Quinn and Jerry Blumenthal, and was developed as part of an experimental film production class they were teaching there titled "Humanities 255 and 256: Documentary Film Workshop."

Extras included in this package:
- Trailer: from the Kartemquin Collective: The Early Years, Vol 2. Check out these 3 classic cinema verite time capsules of student life, art and protest in Anonymous Artists of America, Hum 255, and What the Fuck Are These Red Squares?
- Jerry Blumenthal's written history of Kartemquin.
- The University of Chicago newspaper The Chicago Maroon's article on the expulsions.
- The "Flush-In 1969" article on the expulsions.