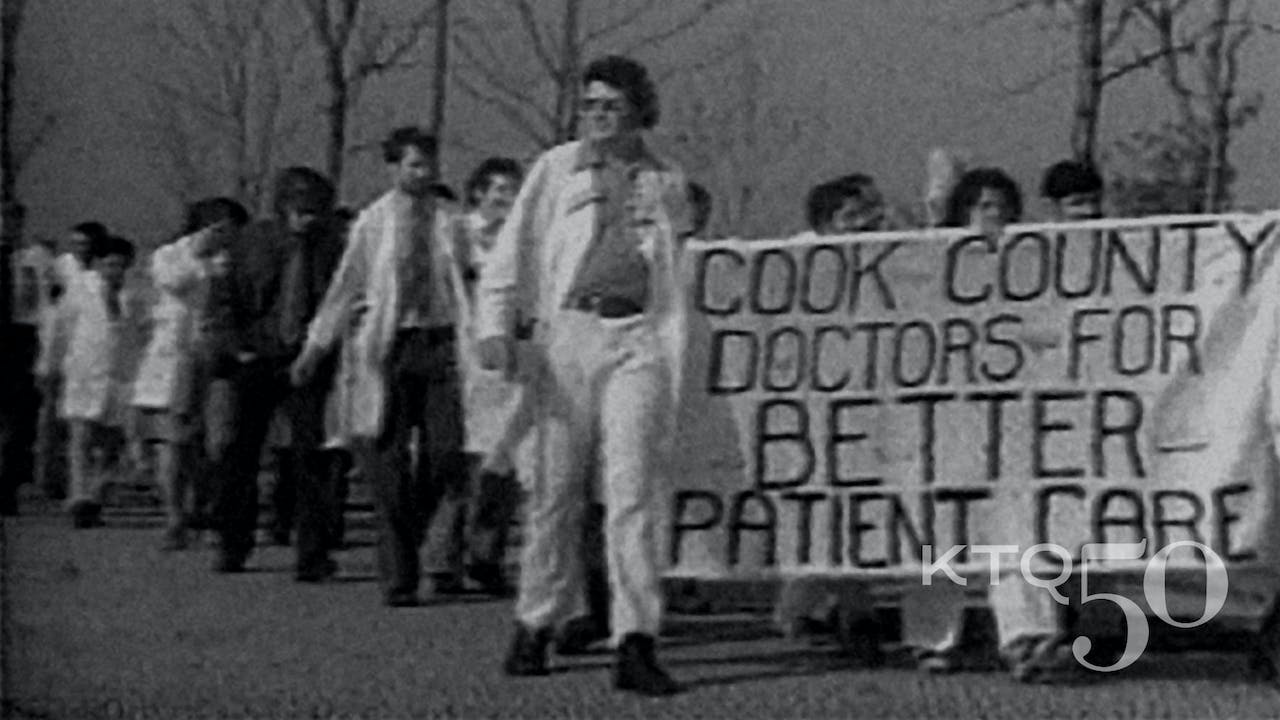 A union of interns and residents at Chicago's only public hospital are forced to strike for better patient care. This film documents their eighteen-day strike at Cook County Hospital - the largest and longest doctors' strike in US history.

Extras related to this package:

Four digitized raw film footage clips of HSA Strike '75 was given to Media Burn by director, Judy Hoffman, and is available on mediaburn.org: http://mediaburn.org/?s=housestaff+association.

Media Burn Archive collects, restores and distributes documentary video and television created by artists, activists and community groups. Their mission is to preserve these audiovisual records of history and culture for future generations and to make them available to as wide an audience as possible via the internet.