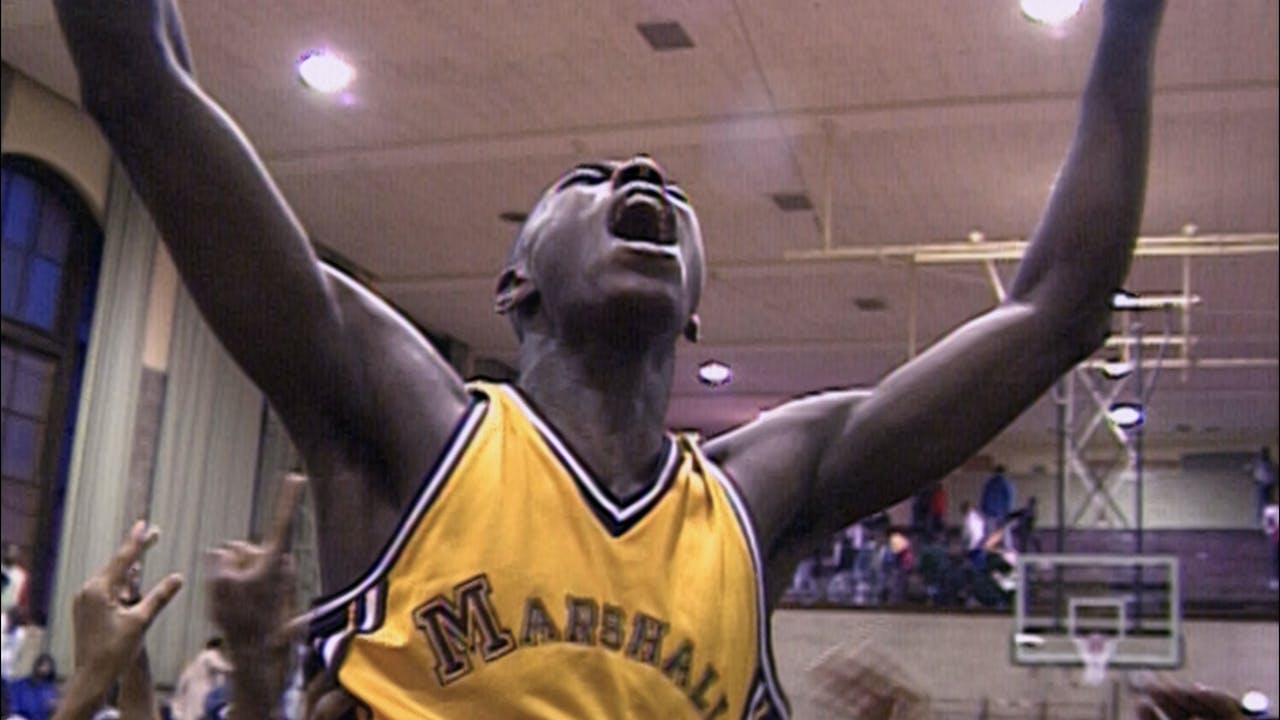 First exhibited at the 1994 Sundance Film Festival, where it won the audience award for best documentary, Kartemquin's Hoop Dreams is the remarkable true story of two American dreamers; an intimate reflection of contemporary American inner-city culture, following two ordinary young men on the courts of the game they love.

Plucked from the streets and given the opportunity to attend a suburban prep school and play for a legendary high school coach, William Gates and Arthur Agee both soon discover that their dreams of NBA glory become obscured amid the intense pressures of academics, family life, economics and athletic competitiveness. But most importantly, both boys remain focused on their dream, no matter how hard tragedy strikes or how desperate their situation becomes. It is their faith in the game that unites their family and gives each person hope. And it is this faith that ultimately allows them to build upon their failures as well as their triumphs and make for themselves a potentially better life.

"At its center, we wanted the film to be warm and emotional," says producer Peter Gilbert. "We want people to see these families as going through some very rough times, overcoming a lot of obstacles, and rising above some of the typical media stereotypes that people have about inner-city families."

What emerges from Hoop Dreams is far more than a sympathetic portrait of two black teenagers reaching for the stars. While remaining epic in scope, it manages to be intimate in detail, chronicling the universal process of growing up, coming of age, the love and conflict between fathers and sons, brothers, best friends and spouses.

It's about success and failure not just on the court, but in school, at home, and ultimately, in society. And it does it in a way that no other film on sports has done before: it gives viewers an intimate look at the pursuit of the basketball dream while it is actually happening. Hoop Dreams won every major critics award in 1994 as well as a Peabody and Robert F. Kennedy Journalism Award in 1995. The film earned Steve James the Directors Guild of America Award and the MTV Movie Award’s "Best New Filmmaker." Hoop Dreams was subsequently named to the Library of Congress's National Film Registry, signifying its enduring importance to the history of American film, and has often been voted the greatest documentary of all time.

An educational companion piece to Hoop Dreams, the short film Higher Goals features NBA star Isiah Thomas in a fast-paced, entertaining PBS special that encourages young athletes to put their dreams of professional sports in perspective and focus on getting an education. The real life stories of two high school athletes demonstrate that the sports skills of practice and discipline can be applied to academics as well.